Happy New Year! I am so excited to be back and start learning again! Hope you all had a fantastic holiday and are ready to get back to learning fun!

Kindergarten Is The Best! 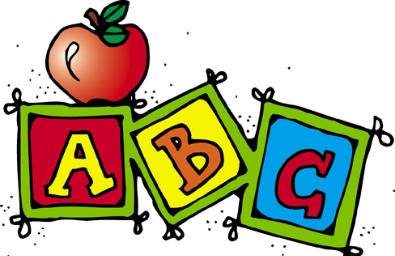 A Letter and Word Chant
A letter is just a letter all by itself and a word is letters put together!

A phoneme is the smallest phonetic unit in a language that is capable of conveying a distinction in meaning, like the m in mat and the b in bat. Phonemic awareness is a critical component of reading instruction. Research has found that blending and segmenting phonemes are two critical skills that must be taught and practiced.


Phonemic awareness is auditory and does not involve words in print. Do not show your child the list of words.

BLENDING:
1. Tell your child, "We are going to put sounds together to make words. I'll tell you the sounds and you put them together to make a word."
2. You say "/m/ /o/ /m/" (the sounds not the letters)
3. Your child responds with "MOM!"
4. Practice a few words on the list each night.

A Day in Kindergarten

I am a Learner Chant

Spaghetti and a Meatball spaces...thatsa righta!

Why you should read to your child for 20 minutes per day!
visit page
Links
Kindergarten Important Words
What is your favorite book?
Yucaipa, Calif.
I love Kindergarten!
Moving along in Kindergarten!

Welcome to the SchoolBlocks
self-guided tour!

The most common question we receive is, how is SchoolBlocks inspired by Pinterest? SchoolBlocks eliminates navigation bars and uses a block style layout that’s similar to Pinterest. It creates a unique and engaging browsing experience, optimizes for mobile and removes a lot of navigational complexity.

Please click on the red plus signs found on this page to learn more about specific features.